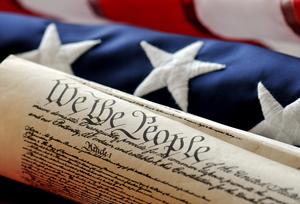 “What was John Adams Academy’s ‘Fund Every Child Campaign’?”

In the 2020-21 state budget approved at the end of June 2020, Governor Newsom and the State Legislature crafted a deal with special interests in which they agreed to freeze funding for public schools at prior-year funding levels. Public schools, both district and charter, that had grown enrollment because of their successful programs, were not paid by the State to support the additional enrollment of those children. Schools that lost students and experienced declining enrollment, however, received no reduction in funding.

That’s right.  Growing charter schools like John Adams Academy did not receive funding for all of their scholars, while public schools with declining enrollment were paid for phantom students that were no longer there.   Charter school leaders, parents and student throughout California brought their concerns to Governor Newsom and the legislature.  Unfortunately, even being aware of this negative impact it passed the legislature and was signed by the Governor.    To add insult to injury, most non-charter public schools remained shuttered for the majority of the 2020-21 school year even though they were funded above their actual enrollment, while schools like John Adams Academy, offered in classroom instruction for the entire 2020-21 academic year, without full funding from the State for every scholar we enrolled. Put simply, non-charter public schools were fully funded even though they did not have students in their classrooms while John Adams Academy was denied full funding for all of the students we had enrolled and provided in-class instruction to during the 2020-21 school year.

“Someone needs to do something!”

We did. Keep reading.

As many of you may remember, in July 2020, John Adams Academy filed a lawsuit against the State of California and Governor Newsom (Atkins v. State of California) challenging the State’s abandonment of its duty to fund the education of every student attending charter schools in the 2020-21 school year.

Unfortunately, late last month, a Superior Court judge ruled in favor of the State and Governor Newsom and against kids, finding that charter schools have neither a contractual nor a due process right to funding for each of the students who they enroll.  The Court reached this decision even though charter schools are required under state law to admit the State’s students and provide them with a tuition-free public education as a service to the State.  However, even though John Adams Academy fulfilled its side of this agreement, the Court ruled that the State was not required to follow through on their obligation to fund every student.

This is the first time in state history that public school students have had their entire public education completely defunded, so there wasn’t any legal precedent (case law) to guide the Court’s ruling.  Because of the lack of existing legal precedent and the Court’s standard of deference to the State’s unlimited authority over education and funding, the Court was unwilling to grapple with this issue and ruled in favor of the State and Governor Newsom.

“Did the initial lawsuit have any impact?”

Despite the setback at the trial court, we have already seen two positive results of our initial lawsuit.  First, even though the State still funded schools for phantom students, they responded to the lawsuit and political pressure by funding planned growth in schools like John Adams Academy.  That reduced the amount of harm experienced by schools and reduced the number of children whose educations were defunded.  Another positive outcome was the State making the statement in its briefing to the lawsuit that defunding students in 2020-21 was a one-time event due to the unique circumstances of the pandemic.  Notwithstanding the result from the Court, the State’s concession here was a major victory.  If the State and Governor now seek to defund students in the future, we believe that a Court would be more inclined to intervene.

We believe that there is a deep flaw in the Court’s analysis. In addition, thousands of children still have not had their 2020-21 school year funded.  In order to establish precedent for the principle that education funding is to follow the child, and to receive remedy to the injury that the Academy still has from the action of the State and Governor Newsom, John Adams Academy has determined that it is critical to appeal this decision.

As we move forward in the appeal, we need each of you to continue your walk with us.  For those who have not yet contributed or offered support, now is your chance to take the first step by visiting our GoFundMe page.

Support us in defending your children, your tax dollars, and your freedom of school choice.  This is a freedom issue. We are in this together.

To learn more about the Academy’s effort to Fund Every Child and how you can help, click HERE.